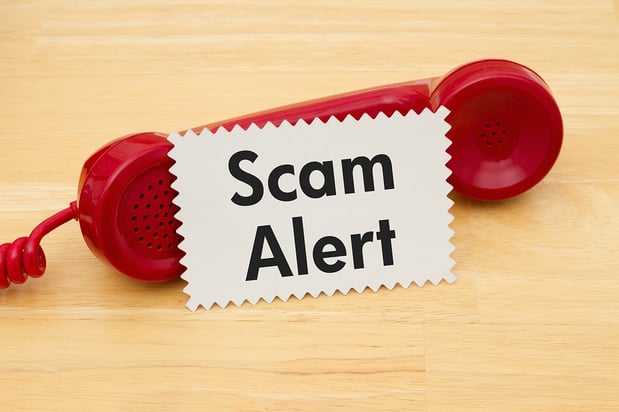 Call completion rates are down substantially since phone carriers started implementing "scam likely" ID procedures last November. As a result, phone marketers can't tell when their ANI's get replaced by the dreaded message - cutting down on successful call completions. Wouldn't it be nice to know your intended caller ID was actually being delivered - thus increasing successful events? Well, now you can. Read on.

Because carrier-generated call identifications effectively say, "By the way, you probably don't want to speak with me because I'm a scammer", completion rates and sale opportunities have taken a dive. The carriers are doing their best to identify scam, spam and caller ID fraud. They're making the decisions for consumers on which calls get delivered and how they are shown before pickup. Are the carriers going overboard? The telemarketing industry thinks so.

You never know what your carrier is delivering as an ID.

Each call return ANI is subject to the new scrutiny. And you can bet most professional call centers and associates have no idea they're trying to communicate with a prospect that's already branded them untrustworthy. Heck, it's hard enough making cold calls without that, right!

What is Caller ID Monitor?

Caller ID Monitor lets you know what your prospect is looking at when they pick up the phone. Has your carrier announced you as a bad guy? If so, not only will your prospect not pick up the phone, if they do, they've already branded you as untrustworthy. And they're probably not going to participate in any product or service offerings. Caller ID Monitor allows you to:

Carriers are anxious to prove their mettle.

In November, the FCC released new rules allowing carriers to block suspicious callers. This also includes numbers that start with 911 area code or that aren't currently assigned to anyone. Although scammers succeed with only 0.2 percent of all calls, T-Mobile, for example, estimates Scam ID and Scam Block have already saved their customers of $130 million in potential losses.

The FCC may never catch the top international scammers.

As the FCC is still trying to figure out how to deal with spoofed calls from international locations, which then get bounced around through several networks. "When that happens, it's tough to maintain a fingerprint," says FCC spokesperson Will Wiquist. "The problem is tracking it all the way through the system." It seems carrier ID changes at the call delivery point appears to be making a striking difference in call completions.

For more information on monitoring your caller ID delivery message, call my personal line at 561-317-3001 or email me here - Bob.