What is an Avatar Call? (And why are they so difficult to explain?) 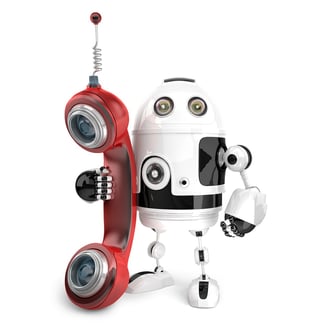 Smart. Savvy. Attuned to who's calling her prized iphone illegally. As hard as I try to clarify - there is no place in my wife's realm of possibilities for an Avatar call solicitation. "Why would someone clip sentences together and play them?" she says. "How stupid is that. And why would someone ring my phone four times quickly to get me to call back, and then have chopped up messages try to interact with me?"

Avatars are tough to get.

Even when I take the confusion and mystery out of the technology. My wife doesn't get the point of an Avatar call. "Well if I can't interact with the thing, and it isn't exactly live, and it's not really recorded, what's the point?" I can't help but think what the average recipient experiences with an Avatar. Or elderly person answering their cell.

People don't have a place for an Avatar experience in their realm of possibilities.

I guess that's why the technology doesn't get many complaints. At least up to this point. It also gets better results than standard recorded voice robocalls. 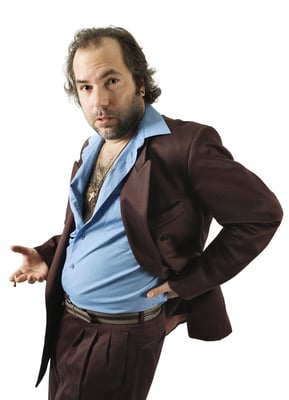 But I know who's behind the curtain.

I'm sure that's why I'm so impatient with the things. The minute the tip is shown: A little too pushy. Talking over me. Can't get the thing to stop soliciting. I know it's an Avatar.

But to the average Joe, Avatars show up as, "something isn't right with this person." They don't have a reality for someone pulling levers on a machine activating snippets.

So I thought my best friend would understand Avatars quickly.

"I had to hang up on a very pushy Policeman calling for the Police Benevolence Association today," she said.
"That's an Avatar," I say.

"It's kind of in between," I say. "Someone in the Philippines is pushing pre-recorded snippets of sentences in response to your replies."

"Why would someone do that? Why not just talk?." she says.

"Because you wouldn't talk with someone in the Philippines. But you might talk to someone that sounds like the nicest person in the world, in your local dialect."

"But he was unreasonable, and wouldn't give me exact answers." she said.

"That's because they can't. Only pre-prepared answers to something you might say. Like talking to a partially retarded robot toy."

"That's all part of the spam, " I said. "So you think it's real at first,  but you have no place to put this thing in your consciousness. It's not live, and it's not recorded. It's something else. You just know something is terribly wrong. And the hair starts to go up on the back of your neck. It's worse than someone being too friendly too early in the calling relationship."

"Why would someone want to do that?"

The FTC has indicated its intent to take action against the use of avatar (or "soundboard") calling technology in the very near future... Allen Legal has obtained a draft FTC letter intended to be issued by the agency shortly. Recall that several years ago, the FTC issued a 2009 letter to an industry member regarding avatar technology, expressing the regulator's opinion that despite the pre-recorded components of avatar, they did not think this made the call a "robocall." Since that time, however, the FTC began receiving avatar-related complaints. The FTC reached out in early 2016 to indicate they were re-evaluating their prior position on avatar given the new complaints and concerns.