How did telemarketers get to be so mean? 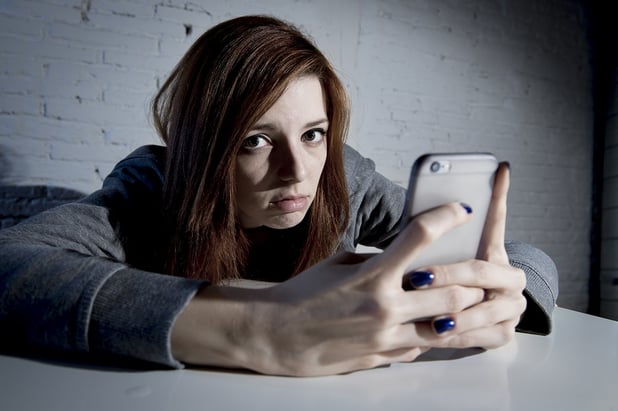 How did the professional caller go from being a welcome break in the day to making people never want to pick up?

Once upon a my mother answered the phone to the soothing sounds of a man's deep voice selling magazine subscriptions. She listened intently to the presentation on the importance of staying up with the latest fashions, haircuts and makeup lines. She eagerly bought, feeling great about herself. When I asked her why she took the subscription, she said: "Because I love the sound of his voice."

Welcoming weekly visits from the man with all the a woman needs. He was eagerly welcomed into our home every week. Getting me out of the way with a free stick of gum to get his prospects (my mother's) full attention. Boatloads of the latest free sample grooming products for women dripping from his overflowing fold-out cases and pockets.

Salespeople always left you in a better place.

That was the mantra. When the salesman hung up the phone or stopped by, his unspoken duty was to make the world a better experience for you. Whether you bought or not. A social engagement that was looked forward to. Maybe a new salesperson showing up to brighten our day. Along with the milkman's deliveries, maybe a vacuum cleaning demonstrator would show up with a balloon for me!

"This guy calls me at least twice a day," said my neighbor last week while washing his car. "Give me the phone," I said confidently. "I'm in the call compliance business." But I came around quickly to the drain-the-marrow-from-your-bones daily torture my friend had been subject to. After listening to the Viagra/Cialis presentation from the unidentifiable foreign-sounding voice, I said, "You've been calling us alot." He immediately denied the calls saying he'd only called once. I mentioned I'd like to be put on his internal company-specific Do-Not-Call List. He continued the presentation asking which drug I'd like. I told him if he continued calling we'd file a complaint with the Florida Do-Not-Call list as we were on it. Apparently, he considered that a threat. "Let me you one ." he said, "If you do , we will call you 4,000 times a day."

Is it a person, or is it a machine? No, it's an avatar! A friendly "live" call in your local dialect speaking through pre-recorded snippets controlled by a live operator. My first experience with a solicitation for charitable donations made the hair stand up on my head. Betraying the trust of the listener, were finally declared illegal last year. This reversed a so-called avatar endorsement from a 2009 FTC Staff Opinion Letter of 2009.

If I call you and don't leave a message, you might call me back through caller I.D., right? What about if I call you and hang up five times in a row? This torture was the downfall of avatar and other similar pre-recorded technologies. Driving people nuts on their personal window to the world - their cell phone. Another thwarted expectation consumer experience in frustration. Leaving the wireless owner furious. Again, you're not left in a better place.

When did Torture your Prospect become Business as Usual?

How did threatening people with unreversible private impending events become the norm? "This is the IRS calling and you owe money right now, or you're going to jail," says the scam automated voice. Hundreds of callbacks from debt collector threat letters to ruin your credit rating. What lawyer in their right mind would approve this stuff - Eventually causing millions in fines to the telemarketing company itself. As the famous sales trainer, Zig Ziglar said, "We buy from people we like and trust." So what happened?

Somebody must be buying something -

Otherwise, we wouldn't have millions of calls from non-existent Google Ad Ladies, Microsoft repair people and the queen herself, the untouchable Rachael. "There is nothing wrong with your credit card, but you need to call us immediately." Closed down by government agencies many times, yet still re-routing calls all over the world today.

But why be so mean? Polluting the airways with false support and promises. Starting out a discussion as a trusted confidant and at some point turning injurious doesn't make sense. Leaving the consumer in a disturbing emotional place. Taking away their hard-earned love, respect and rich experience of the world. Draining the life force from their day.

How did the professional caller go from being a welcome break to making people never want to pick up the phone?

For more ideas on spreading the love to your potential clients instead of draining the marrow from their bones, call me at 561-317-3001 or email me here - Bob