Avatar vs. Ringless Voicemail: No Contest.

"This is Monica. I’m calling from the factory warranty department."

Monica – are you an Avatar?

"Yes, I’m a live person pressing responses because of my inability to speak with you directly."

Monica – you know there is no Factory Warranty Department. That’s not even a company. You’re scamming me.

No answer. I guess there wasn’t a tab for that response.

Unfortunately, Avatar Technology is being abused.

People like Avatars. (The process of playing individual pre-recorded sentences to interact with a call recipient.) They really do. Unfortunately, the technology is being misused in some cases.

The formula: Ring the phone three or 4 times quickly and hang up, having folks call back to an Avatar. The return call needs to be to a voice consumers inherently trust - like in my case a Police Benevolent Association - have the voice be really strong and assertive - call the same time daily for months - and you're going to create a furious public guaranteed. (Assertive Avatars are harder to interrupt than my mother in law!)

I can hear the manager in court now: "They called ME your Honor. We never completed a single outgoing call. My Avatar never called anyone - only when they called us - really." To be clear: Anything that aggravates people like that will have a limited lifespan eventually.

People love them. “Old folks can’t tell if it’s even a live caller anyway,” they say. Avatars are buttons being pushed by someone in the Philippines so you’ll think they’re local. It apparently works great with local dialects Particularly in Europe where you may have big dialect changes in small areas. Again, these methods are in danger of poisoning that - not to mention the Avatar calls every time the same day and hangs up four times.


Ringless Voicemail doesn’t pretend to be what it’s not.

It allows the recipient to listen to a message when they are ready. That’s a whole different mindset from wondering: "Is this live, or recorded or a combination?" If the consumer misses something, they can play back that section. Or the whole message. Their “bull” meter is relaxed so they can just get what you’re saying. 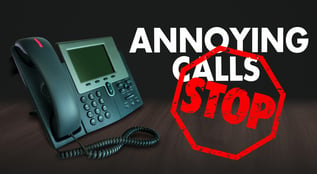 Ringless doesn’t interrupt. So no complaints.

Again, can't complain if it does not cost you anything, right?

But you can’t argue with success. People love Avatars.

And when I talk to Avatar companies about compliance, they laugh. “We call whenever we want,” they say. "Most older folks think it’s a live person anyway. Nobody ever complains.

But Avatars, have mercy - you push the technology through spamming with quick hangups to create callbacks, you'll eventually pay.

So I guess I’ll take Ringless over Avatar.

But that's just me.

For more information on Ringless Voicemail and Avatars, call me on my personal line at 561-317-3001 or email here.