Is Ringless Voicemail right for me?

We continue to get confused calls from professional phone marketers on Ringless. One guy was bent on using the FOTI message with recipients name rather than the more common Zortman message without. (An outdated worry.) Another wedged between his hesitant attorney and not being able to cost effectively penetrate his cell phone inventory. (Hint: the Attorney is still in business.) I’ve been involved with Ringless or “Voicemail Drops” since its inception with inventor David King in Atlanta for the last 5 years. We’ve seen a lot, and actually have amassed a bit of a track record at this point.

Companies using the phone – debt collectors, loan servicers, financial institutions – will follow their attorney’s advice to NOT use ringless voicemail while they consolidate or go out of business. Debt collection attorneys are finally starting to permit ringless use mainly because there won’t be any clients left to bill if they don’t.

Yet with all this legal hesitation, one fact remains: Ringless is the only cost effective cell phone penetration technology that hasn’t been fined, sued, ended up in court – heck, it rarely even gets complaints. In fact, live operators receive more complaints to the CFPB and FTC than voice drops do.

Why is your Legal Department hesitant to try Ringless?

When you mention “voicemail” and “lots of them” in the same sentence to your attorney, you’ve lost them. They’ll say “no” before you can complete the question. It’s called leaving a voice trail. It’s the reason lots of folks call and don’t leave a message at all, hoping the recipient will call back – curious as to who violated their personal space.

Check out this legal opinion we received the other day from a lawyer as an argument to not use ringless. No wonder you're confused.

What Ringless is not: The spammer's world.

Spammers continue to muck up the calling horizon with sloppy products that’ll ring your phone quickly and hang up. Do it three or four times – I guess hoping you’ll call back, curious. I get these calls generally at the same time in the afternoon every other day.

Phone mongers daily let me know I’m pre-qualified for up to a $250,000 loan. Rachael is somehow still around letting you know “there is nothing wrong with your credit card, but call for a better rate immediately.” And the non-existent Google ad lady continues to welcome your callback. All keeping consumer hair trigger complaints at the ready. Unfortunately, the Government can’t find most of these people. As calls are routed all over the world.

Now robodialers are calling on my 800 number. Wow. Whatever happened to phone etiquette - Calling me to buy your product, and I pay for the call!

Because Ringless doesn’t interrupt the recipient, it doesn’t generate complaints.

Sounds like a little thing right? But this is the revolutionary concept behind the technology. No complaints and the Government agencies will have a tendency leave you alone.

Ringless is separately regulated outside the TCPA.

That’s right. Voicemail has always been under the separate “Enhanced Services” category with regulators. Email started as an enhanced service, but was regulated out through CANN-SPAM. Text was also an enhanced service, but got managed through the courts, and is considered a cell call now. Voicemail constraints, or lack of them, have remained untouched over the last 35 years.

The recipient is not billed for the call.

Sergei Lemberg, the top consumer TCPA prosecutor, has indicated he won’t go after ringless. It hasn’t been “tested” in court. And there are hundreds of easier cases that do use auto-assistance to call cells without permission that do bill the consumer for the call!

It goes directly to the landline server assiciated with the cell number. Again, making this outside the scope of the TCPA- technically anyway.

Litigator Scrub with Ringless – a match made in marketing heaven.

Adding a previous TCPA litigant scrub to ringless – thus eliminating the folks that have actually filed TCPA and Do Not Call suits in the past – makes all kinds of sense. Even though we haven’t had any problems with ringless, you could be the first and the first here will involve a prosecutor that has sued before, including a professional consumer litigant or Attorney. 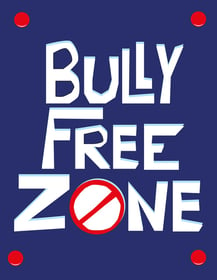 Frankly, I can't see doing any cell outreach campaign today without running a Litigator Scrub first. "Bob, if we'd only known about this previous TCPA Litigant List thing we wouldn't be in court right now." For more on Litigator Scrub, click here.

Ringless is not perfect – and be careful with cold calling.

Yes, you’ll only be billed for completed messages with ringless, but the completion rate may be lower than you expect, depending on who your calling. Maybe 65% of calls after cell identification, network difficulties, and the astounding number of reasons consumers don’t have voicemail that works.

I remember we did an early test dropping Sprint folks that hadn’t paid their bill. No response. In retrospect, of course, they’re going to shut off the voicemail if they owe money on their phone bill - duh! But calling students with outstanding loans with an update on getting a better rate. Now that’s a moneymaker.

The time to use ringless is now.

The technology has matured over the last five years. And we know it doesn't generate complaints.

But somebody will spoil the party. Some company making 100% cold calls with an aggravating message, overusing the product, will find a way to force more restrictive legislation.

Always amazes me the same companies that turn down ringless approve calling consumers with threats to put them in jail, send out millions of cookie cutter expired debt letters, approve clear and blatant violations of the law and pay millions in fines for it.

But ringless continues to quietly plug along. Respectful, discreet communication that gets your informational message across cost effectively. Cell inventory penetration just doesn’t get any better than that today.